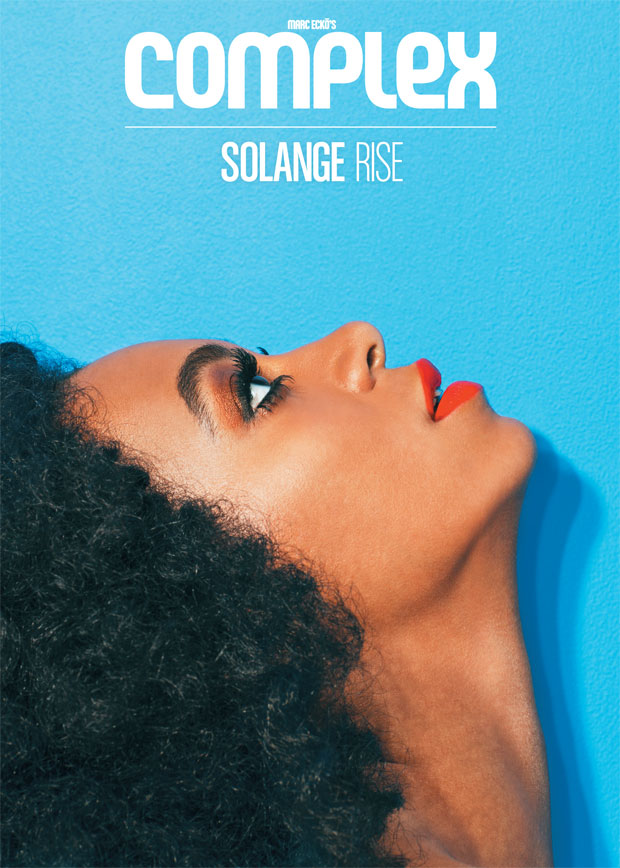 Solange is Hot on Her Heels, as the aptly titled Complex cover story suggests. Showing a whole lot of leg in flirty retro styled/color blocked bathing suite, Solange offers a genuine candor to writer Laura Checkoway as the lunch in Fort Green, Brooklyn.

Most of the article hints at Solange’s ability to identify herself as separate from her very famous sister Beyonce’ without even trying. Solange is just Solange and has effortless comfort of marching to the beat of her own drum.

New Orleans native Jay Electronica connected Solange with one of his hometown friends to show her around and was impressed with her down-to-earth personality and overall gratitude. “Most times in the industry, a person usually won’t get that energy from an artist,” Jay says. “If they do, it’s only for as long as some service is being provided or some need is being fulfilled. And once that part is over, the other person ceases to exist in the same universe. But not with her.”

On working with producer Dev Hynes:

“I was trying to find that chemistry with different producers, and when Dev came it was like, ‘Oh! This is it,’” […] “We were either staying in a rented house or he was staying with me, my boyfriend, and my son. Everything that happened on this record was literally waking up, him usually before me, going and creating the bones to the track and then me rolling over and hearing it while I’m fixing breakfast. When you’re making music like that, where it’s a natural extension of your day, it’s so much more enjoyable,”

You can catch the full cover story over at Complex.