The historic celebration of Martin Luther King Day served as the fitting backdrop for the second inauguration of Barack Obama as the 44th President of the United States of America. But of course the day after everyone is squabbling over lip synching and side eyes. Yes, the important stuff! Inauguration day provided plenty of moments that just make you love the Obama’s even more. They are just such a genuine and lovely family, it’s great to not just see them as beautiful representation of the Black family but also to know that they represent well in one of the highest spots one can hold in a lifetime, as the first family. Moving on from our gush fest, let’s highlight our FIVE favorite moments, in gifs and pics, from the 2013 Inauguration.

2.Best Selfie of the Year 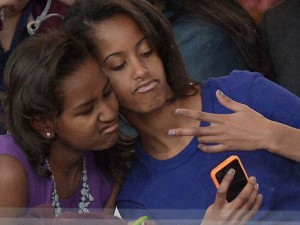 3. Open your umbrella and take a lesson in properly throwing shade from Michelle.

4. Bey rose up as the King and slayed! 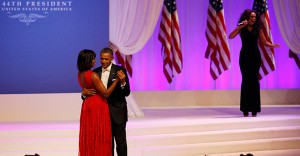 Now hopefully in the next 4 years, Obama can get Congress on his side and the Republicans can either find some sense in the next two years or the American people will get out an impact the vote for their local districts in 2014.

Beyonce gifs are from RealityTVGifs.